Dr. James M. Rosser is thankful for the opportunity presented to him by SIU, and he has been sure to pay it forward at every turn.

Raised in East St. Louis, Rosser was the youngest of eight children and the first in his family to attend college. He came to SIU on a basketball scholarship. He was an honor student and earned degrees in health education and microbiology. Now, he’s honoring that experience by establishing a $1 million scholarship for Saluki Men’s Basketball. It’s the single largest endowed scholarship for any Saluki Athletics program.

“I want to help lift men’s basketball back to where it should be and give Coach Bryan Mullins a real leg up,” he said. “In today’s world, major revenue sports are attractive to prospective students.”

Rosser combined two previously established endowments to create a single million-dollar scholarship that will be directed to a men’s basketball player who maintains a 3.0 grade-point average in the field of science, technology, engineering, or math (STEM).

“This scholarship is not about me,” he said. “It’s about the institution that inspired me to achieve. I want to inspire other people of modest means to create opportunity for those who come after us.” 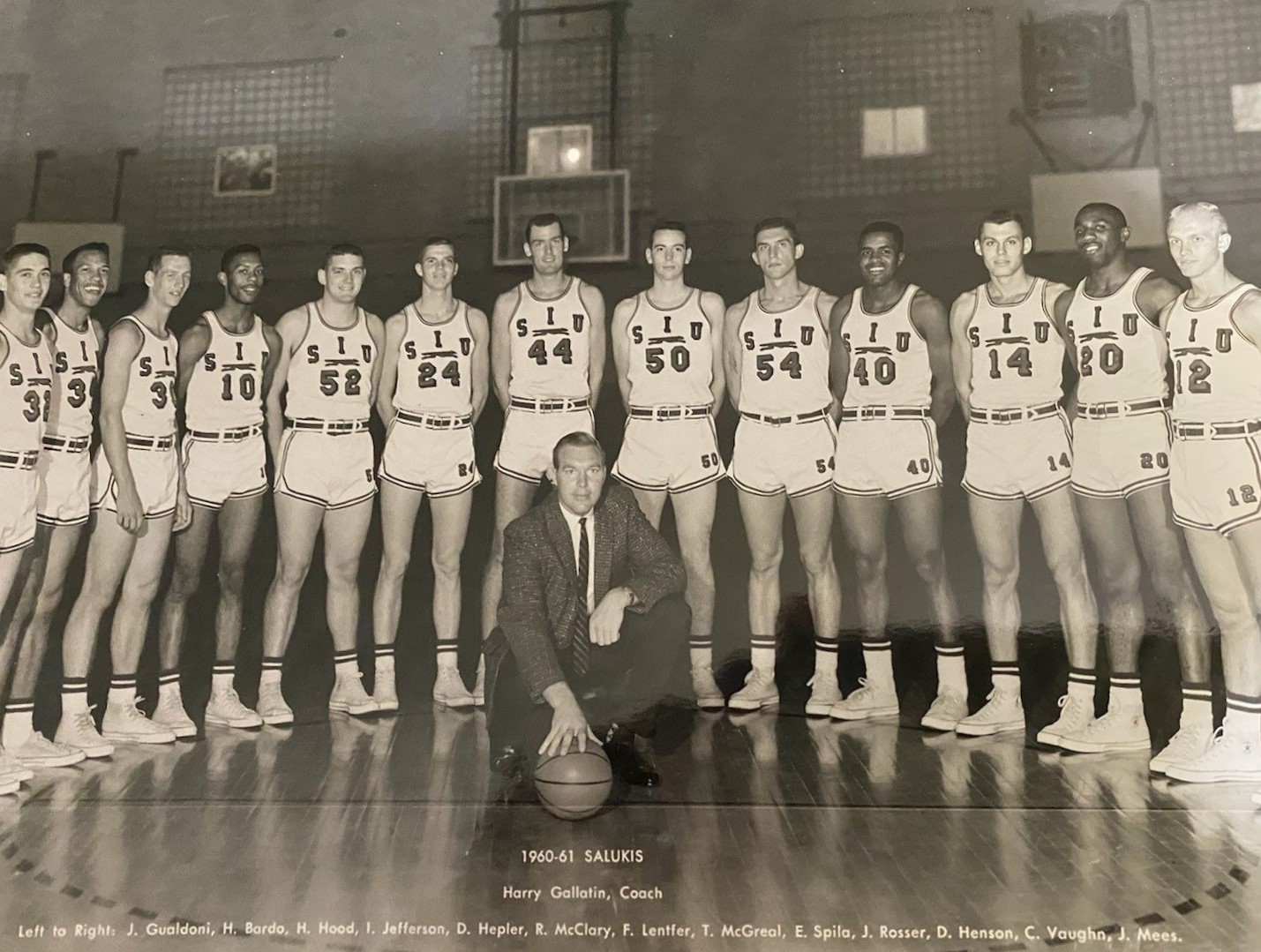 Coming to SIU in the late 1950s, Rosser has fond memories of his time in Carbondale. He was mentored by some of SIU’s most storied faculty and administrators and friends with some of the university’s most well-known Salukis.

“Don Boydston, the athletic director at the time, set a high standard for us, and he closely monitored our progress,” Rosser said. “I was roommates with Charles Vaughn. Walt Frazier was a very good friend of mine. I was in graduate school when he was playing at SIU.”

One of Rosser’s closest friends from his time at SIU is Dr. Harold R. Bardo. The two men speak on the phone almost daily to this very day.

Bardo sees the potential impact of a gift of this magnitude, especially when it’s made by someone of Rosser’s background and stature.

“I know Jim has a lot of really good thoughts about SIU,” Bardo said. “This is a university that has traditionally offered opportunities to all people, particularly those from underrepresented communities. Jim is the ultimate example of what great things can happen. Many people will take pride in that example.”

Rosser began his career as a member of the faculty at SIU and founded the Black American Studies program in 1968. He received the Alumni Achievement Award in 1982, the Distinguished Alumni Award in 1999, and an Honorary Doctor of Humane Letters degree in 2003. An Honorary Doctor of Laws degree was conferred by Pepperdine University in 2005.

Rosser served as president of California State University, Los Angeles, from 1979 to 2013, and was named president emeritus in 2013. Prior to his appointment at Cal State LA, he served for five years as vice chancellor of the State of New Jersey Department of Higher Education and served as acting chancellor in 1977. Earlier in his academic career, he was senior associate vice chancellor for Academic Affairs at the University of Kansas, where he was also a tenured faculty member in the School of Pharmacy and the School of Education.

“My hope is that this scholarship will inspire incoming student-athletes to achieve at the highest level,” Rosser said. “I want to encourage them to aspire to be great and effective role models.”