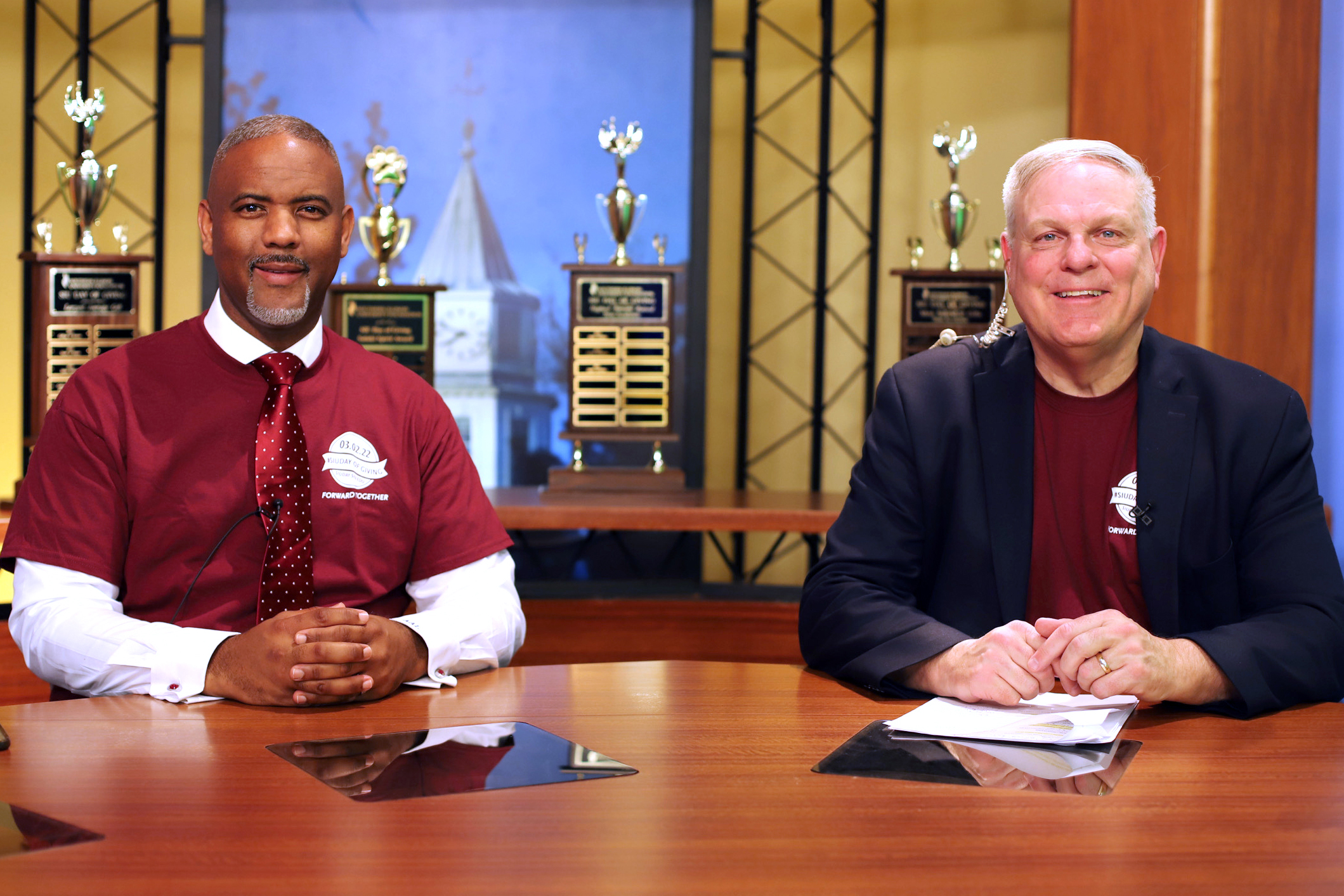 CARBONDALE – The SIU Day of Giving reached new heights this year by raising more than $3.5 million.

In its sixth year, the 24-hour online fundraiser received more than 2,400 donations and set numerous records. In its six years of existence, the Day of Giving has brought in more than $10 million.

“Once again, Salukis everywhere came together and showed their spirit,” Matt Kupec, CEO of the SIU Foundation, said. “We were awed by the outpouring of support throughout the day.”

The Day of Giving was capped by Chancellor Austin Lane announcing the expansion of the Forever SIU fundraising campaign. The SIU Foundation plans to raise $500 million in its continuing effort to support the mission of the university. After surpassing its original $200 million goal, Chancellor Lane said he’s excited to keep going.

“This is about supporting our students and strengthening the university,” he said. “Our alumni and donors understand the importance of this mission, and their generosity is what has set us on this path to half a billion dollars.”

The $3.5 million total is the highest in the history of the SIU Day of Giving. Last year, the university raised $2.8 million on the day, which started in 2017.

Some of the other highest totals were:

Donors to the Balancing Education, Experience, and Reality (B.E.E.R.) Scholarship continued their tradition of Day of Giving support by combining to make nearly 700 gifts and raising more than $52,000.

Other areas with the most donations were:

“The Day of Giving is one of the best days of the year at SIU,” Kupec said. “Our alumni and donors make it so much fun. They have made it into an unbelievable success.

For the second straight year, the SIU Foundation hosted a livestream event during the Day of Giving. Featuring presentations from Chancellor Lane, deans, university officials, students, and staff, it showcased some of the best that SIU has to offer.

“We were the only university to go live last year, and it was so terrific that we knew we had to do it again,” said Kupec, who hosted the livestream from the WSIU-TV studio.

Broadcast on the SIU Alumni Association’s Facebook page, followers were able to comment and interact with the livestream as Kupec made real-time announcements about gifts and other important news.

The Day of Giving wrapped up with the Chancellor’s Reception at the Hilton St. Louis at the Ballpark as the university kicked off its inaugural Saluki Takeover Tour St. Louis.

The takeover event lasts four days in conjunction with the MVC men’s basketball tournament. Numerous events around the city allow alumni and supporters to gather and celebrate the Saluki spirit. Chancellor Lane and others have also announced partnerships with St. Louis-area high schools and community colleges as part of the university’s effort to increase enrollment.

“The excitement surrounding these events is palpable,” Kupec said. “Saluki pride is an incredible thing, and it has been on full display this week.”