Turning Dreams into a Reality 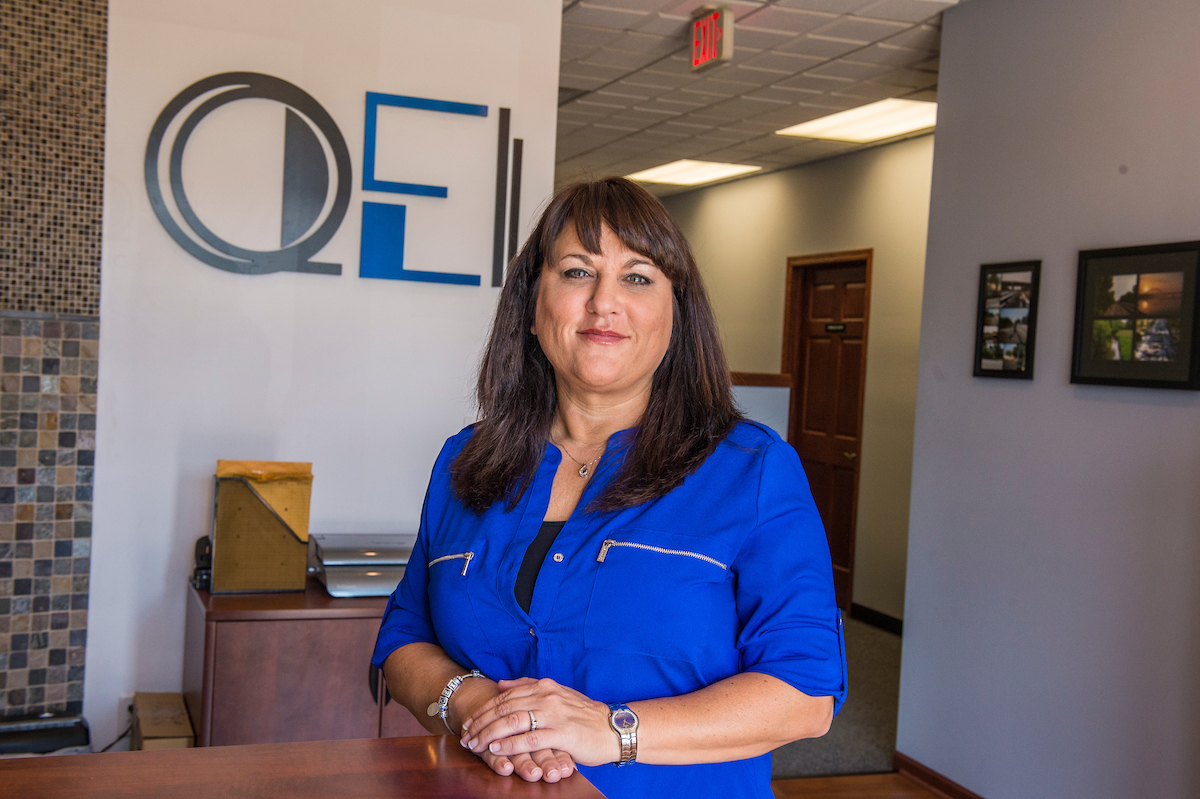 It often is said that while most of us dream about great things, engineers just go and do them.

That certainly rings true for Lori Quigg, a 1991 alumna of the SIU College of Engineering. Quigg didn’t let the fact that she was entering a male-dominated field stop her when she began her engineering education in 1988. She worked hard, made the grades and did the work necessary to get her degree.

Nor did it stop her a few years later, when she decided to start her own engineering firm.

“When you wake up one day and say, ‘Today is the day I’m going to go $500,000 in debt’ – well, that took some courage and perseverance,” she says, laughing. “But I did it somehow. There’s a fine line between being really smart and really stupid. Fortunately for me, everything worked in my favor.”

Quigg Engineering Inc., now headquartered in Springfield, Illinois, has seen steady success and growth over the past 10 years.

“We went from two employees in a little office in Jacksonville to now over 75 employees in multiple offices in Illinois, as well as Iowa and Florida,” Quigg says. “Yes, I work hard, but the saying is certainly true for me that ‘when you enjoy what you do, you are not really working.’ I go 24/7. In fact, my entire family’s motto is, ‘Work hard, play hard.’ ”

Quigg attributes much of her success to SIU.

“I loved SIU because the professors actually taught me what I needed to know,” she says. “Sometimes, at large universities, professors spend all their time on research while teaching assistants do the teaching. Not SIU. I found that my professors who taught me were all very accessible and caring. That made a big impact on me that I’ve never forgotten.”

Quigg recently decided to give back to SIU and help those following in her footsteps by establishing an endowed scholarship for female engineering students.

“Whenever I see an issue, I always try to be a part of the solution and not part of the problem,” she says. “I have seen a problem in the state of Illinois in hiring female and minorities. The fact is there is a definite shortage of female engineers. Even the Illinois Department of Transportation is being forced to search for job candidates in other states because there are so few female candidates.”

Quigg says that her daughter, a pre-med student at SIU, continues to see women struggle in traditionally male-dominated fields.

“I always knew for the last 20 years that I wanted to start a scholarship specifically for women,” Quigg says. “I know how much an education costs, and how frustrating it can be. This is something I did because I have walked that path. Now I want to give a helping hand to other women who want to pursue this type of degree.”

Quigg wants students to know that getting a degree in engineering doesn’t mean they must be exceptionally gifted students.

“I always tell young people that they don’t have to be brainiacs,” she says. “I assure them that, as long as they are mathematically inclined, they will be fine. They will be taught and they will learn. I also want them to know that an engineering degree can open so many doors of opportunity. From transportation to oil and gas or the government, engineers are needed in so many fields.

“It’s a great career choice as a woman, especially if you want to raise a family someday. I have always made my family a priority throughout my career, and I want to encourage other women to do the same, if that is their goal. My career choice has truly allowed me to have the best of both worlds.”